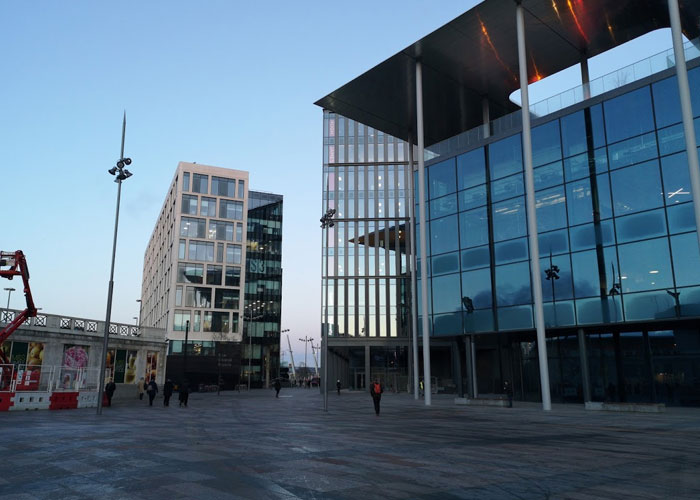 Wales’ tech industry is buoyant with more high-paying job opportunities in the fast-growing digital sector than ever before, according to data analysed by smarter job search engine Adzuna for the UK’s Digital Economy Council and Tech Nation.

Cardiff, in particular, has been named as one of the fastest-growing tech hubs in the UK with a 34% increase in available tech jobs between 2018 to 2020, second only to Preston and ahead of larger cities such as Edinburgh.

This growth in the nation’s tech industry is also leading to a rise in opportunities in other industries with total job opportunities in Wales growing 11.5% month on month throughout 2021, to 26,789 in June.

“It’s fantastic that Cardiff has become one of the fastest-growing tech hubs in the UK with new jobs being created at great pace in the technologies of the future.

“The UK government is determined to level up the country and is supporting people right across Wales get the skills and knowledge they need to succeed in this dynamic industry.”

Across Wales, there are 34,000 people employed by startups and scale-ups according to Tech Nation. So far this year 578 startups have raised a collective £27.9 million in venture capital funding. Two notable fundraises came from SolasCure, a biotech company that is revolutionising wound care that raised £15m in Series A funding; and Coincover, the cryptocurrency protection platform, which raised £6.6m also in Series A funding.

SolasCure and Coincover are both based in Cardiff, where the majority of the nation’s tech sector is concentrated. As a result, open tech jobs make up 26% of all available opportunities in the city, up from 20% in 2018. As more job opportunities become available, employers are offering high salaries to attract skilled talent. The median digital tech salary in Cardiff is £37,500, up from £35,000 two years ago. By comparison, the median salary for all roles in the city is £30,000.

Companies in Cardiff are seeking out technical and non-technical staff to help grow their operations. In fact, over 37% of people who work in Cardiff’s tech companies carry out non-technical roles, such as sales, marketing and finance. Business analysts, in particular, can receive a higher salary than the median in Cardiff. It’s no wonder then that Cardiff has been ranked seventh in the UK for cost of living versus salary for tech roles, ahead of cities such as Newcastle, Cambridge and Manchester.

The in-demand skills to succeed in tech

Software developers are consistently one of the most in-demand roles from companies across the industry including in Cardiff where the median salary is £47,500. A junior developer can command a salary of around £27,500, which increases to £55,000 for a more senior position. The main skills employees look for in software developers include mathematical aptitude, problem-solving skills, programming languages, accuracy and attention to detail.

Data scientists also play an essential role in organisations thanks to their ability to extract, analyse and interpret large amounts of data and turn them into insights. The top data science skills that employers are looking for include machine learning, analytics, artificial intelligence, statistics and experience with Python. Data scientists have seen their average advertised salary increase by 31% over the past two years.

There is an increasing demand for senior-level employees across all areas of tech. For instance, 89% of available roles for IT System Architects in the UK are all for senior positions. System architects divide large and complex computer systems to fulfill requirements and often have higher design responsibilities than software developers, with key skills in demand including architecture, data management, and experience with Amazon Web Services (AWS). As this work is so critical to organisations, the median advertised salary for a system architect starts at £37,500 for a junior position and rises to £70,000 for a senior role.

The UK government is investing heavily into ensuring people across the country have the skills they need to succeed in the digital sector as part of a £2.5 billion National Skills Fund. This includes £43 million to expand Skills Bootcamps. The Bootcamps are providing training to people in areas such as coding, data science and digital marketing to help them advance in their current role or switch to a new profession.

“Cardiff has nurtured a fast-growing tech scene with a mixture of startups, scaleups and corporates offering exciting and well-paying jobs to talented staff. The high proportion of non-digital roles in the sector is part of a wider trend that we’re seeing across other cities in the UK that shows you don’t need to be a coder to succeed in this fast-paced and rewarding industry.”

“It’s great to see how the growth in Wales’ tech industry is having an impact on the rest of the country with job opportunities up over 11% month on month this year. With high demand for technical and non-technical roles alike, those working in tech careers in Cardiff can enjoy higher than median salaries.”

“Coincover is a company with customers all over the world and we’re delighted to be able to hire global talent from our HQ in Cardiff. The tech ecosystem here is incredibly welcoming and organisations such as the Development Bank of Wales have supported us from the start. We are setting the world’s safety standard for cryptocurrency and Cardiff is a great place for us to achieve this goal.” 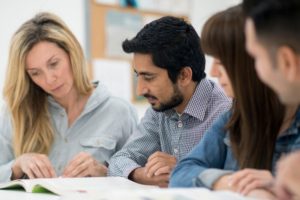 A worker in Wales with poor literacy would have to work an extra 18 months in their lifetime to earn the same as someone with basic communication skills. New research by Pro Bono Economics shows that the average 18-year-old with...