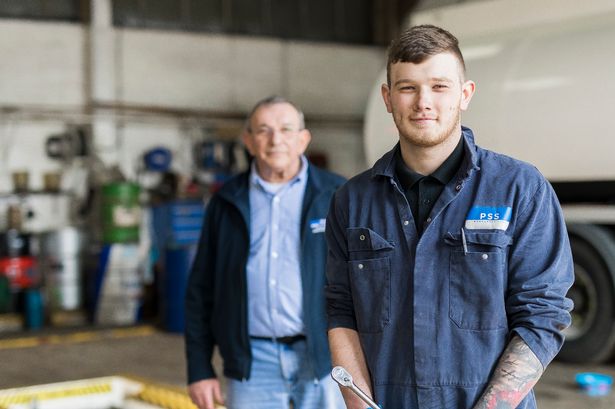 Saving his employer £20,000 a year by automating a product assembly system contributed to William Davies being named Apprentice of the Year for Wales at the Apprenticeship Awards Cymru 2021

William Davies, who works for Kautex Textron CVS Ltd in Hengoed – which specialises in clear vision systems for the automotive industry – secured the award at the prestigious virtual ceremony that showcased the best in apprenticeships from across Wales.

William, 20, from Llwydcoed, Aberdare, has made a significant contribution to the multinational business. His other achievements include commissioning a new Rapid Prototyping 3D printer to assist in autonomous vehicle systems development, implementing Health and Safety and productivity improvements and managing a project to renovate and ensure a works canteen is Covid-secure.

“This is the icing on the cake for me and caps off my apprenticeship extremely well. I believe apprenticeships are going to be essential as a way of developing skilled talent to support economic recovery in Wales.

“I must thank my employer, family and college assessor for supporting and guiding me through the apprenticeship.”

I decided to undertake an apprenticeship as I believed it would equip me with the skills, knowledge and practical experience required to pursue my life-long dream of becoming a manufacturing engineer, and it has.”

Highlight of the work-based learning calendar, the awards showcased businesses and individuals who have excelled on the Welsh Government’s Apprenticeship and Traineeship Programmes and gone the extra mile to achieve success during these unprecedented times.

Jointly organised by the Welsh Government and the National Training Federation for Wales (NTfW), the awards had Openreach, the UK’s digital network business and passionate supporter of apprenticeships, as the headline sponsor.

Steve Mills, Kautex Textron’s continuous improvement and technical manager, describes William as one of the “stand-out characters” he has met during 25 years of management. He says William is already working to the level of a graduate manufacturing engineer.

William has a list of qualifications and distinctions to his name, garnered as he strives to achieve his ambition of becoming a chartered engineer/company director.

He achieved an Apprenticeship in Engineering Manufacture (Engineering Technical Support) six months ahead of schedule at Coleg y Cymoedd where he attained two awards. He is now working towards a Level 4 HNC in Mechanical Engineering at Bridgend College.

“Our award winners have excelled via the Welsh Government’s Apprenticeship and Traineeship programmes and gone the extra mile to achieve success during unprecedented and extremely challenging times.

“This Welsh Government has ambitious recovery plans to ensure there is no lost generation as we rebuild a new version of Wales that becomes an engine for sustainable, inclusive growth. I believe apprenticeships will be vital as we emerge from the pandemic.

“That’s why the new Welsh Government has committed to creating a further 125,000 Apprenticeship places over the next five years. We are a small country, but we have big ambitions, and our aim is to create a culture in Wales where recruiting an apprentice becomes the norm for employers.”