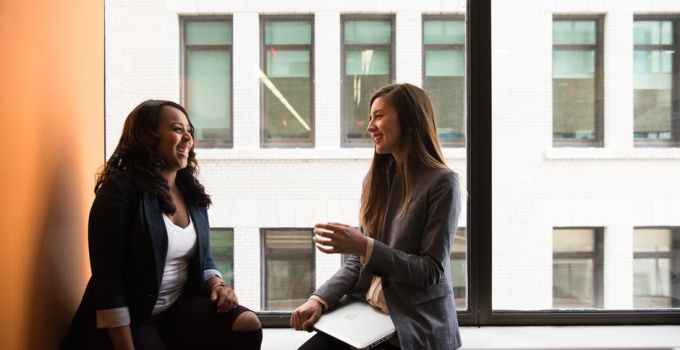 UK businesses are doing a much better job of supporting their workers’ mental health than they were two years ago, according to the findings of a large-scale global study.

A survey of more than 32,000 workers in 17 countries for the ADP Research Institute revealed that 50% of UK workers said their employer had provided support for their mental health during the pandemic.

Though the UK lagged the global average of 65%, the People at Work 2021: A Global Workforce View report revealed that there had been significant improvement in the country due to the crisis.

A similar report published by the global HR technology firm in 2019 said that 24% of UK employees felt their company was not at all interested in their mental health, while another 37% believed any interest shown to be merely ‘superficial’.

Jeff Phipps, Managing Director of ADP in UK and Ireland, said: “Mental health in the workplace is by no means a new concern, but the huge changes of Covid-19 have cast a spotlight on the support employees need from their organisations.

“It is encouraging to see so many businesses recognise this need – some responding proactively to mitigate the emotional and psychological toll of a global pandemic. As the status quo of office working and life as we knew it was disrupted, compassionate employers put constructive measures in place to help their workforce handle this turbulence.”

However, he warned that it was important that employers also recognised the need to adapt quickly and flexibly, adding there was no “one-size-fits-all policy”.

“At the moment, organisations and individuals alike are experiencing change on an almost continual basis, so it is also important to acknowledge that what works today in terms of mental health approaches may not work exactly the same tomorrow. Employers must be thoughtful in creating company-wide policies and as flexible as possible in supporting people on an individual basis.”

This advice is perhaps particularly relevant as the UK moves towards the lifting of work from home advice on June 21, albeit recent reports suggest this date may be pushed back.

A number of studies have shown that many UK employees are concerned about returning to physical workplaces when they are unsure about the vaccination status of their colleagues.

And a recently published US study revealed workers were generally anxious about a return to the office, with the most recent Mental Health Index by Total Brain and the National Alliance of Healthcare Purchaser Coalitions finding that mental health was worsening across the board as a return to the workplace loomed.

In particular, it found that stress, anxiety and depression was rising fastest among those aged 40-59 and among women.

‘Bounce back’ for mothers

Indeed, there has been much discussion about the fact the latter have been disproportionally affected by the pandemic, largely due to childcare responsibilities.

On that front, however, there was some positive news with the release of a report considering the impact of school closures on parents’ mental health by researchers from the Universities of Essex, Surrey and Birmingham last week.

While the authors concluded that having children at home had had a “significant detrimental effect” on mothers’ mental health – far more so than fathers’ – they also noted that, on average, the mental health impact had not been permanent.

Dr Claire Crawford, Reader in Economics from the University of Birmingham, said: “Our research suggests that, for the most part, mothers’ mental health seems to have bounced back once schools re-opened, suggesting that the negative effects of school closures were temporary for many mothers.”